History is what has made our yesterdays and it is something that will shape our tomorrows as well. Events that have changed so many things have occurred from time to time. Some have had a bigger impact than others but they have all been significant in some way or the other. Of course, there have been people who have had first hand accounts of such events. And for most of them, it has defined their legacy. Let us have a look 20 last known survivors of significant historic events:

Titanic’s sinking is one of the most well documented tragedies. On 15th April, 1912, the RMS Titanic was hit by an iceberg. Millvina was then the youngest passenger on board. She was only two months old and got rescued, but her dad went down with the ship. As of October 2007, she became the last living survivor of the tragedy. She passed away in 2009 of pneumonia at 97 years of age. Her ashes were scattered at the docks in Southampton where the Titanic had set sail. 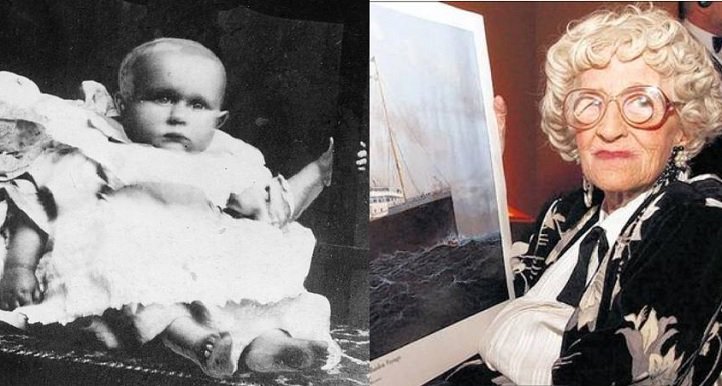 16th July, 1950: The World Cup final. On a day when Brazil should have won on their home turf with around 2,00,000 supporters crowding the stadium, the Uruguayans came from behind to win the trophy. Brazil were leading 1-0 but in 66th minute Uruguay equalised and in the 79 minute Ghiggia scored and led Uruguay to victory. As a winger, he scored a total of 4 goals in the tournament. He also played for Italy. As of now, he is 88 years of age and the only living member of the 1950 World Cup winning team.

Clifford had been nagging the head architect to take him on the project since he was 15 years old. Drilling faces of 4 great US presidents on a mountain is a huge task. So initially he got rejected. But Donald then became part of a baseball team called the Mount Rushmore Memorial Drillers, as he was a good player. He then hassled his teammates to get him in and they did. Initially, he was made to cut logs but then was promoted to drilling. He recently wrote a book called ‘Mount Rushmore Q&A.’

On 6th May 1937, the enormous German passenger carrier exploded and crash landed at Lakehurst in New Jersey. Franz was only 14 years old. He was a cabin boy, responsible for preparing the mess and serving coffee to the crew. During the explosion, he was in the front part of the aircraft. While the aircraft started collapsing, he opened the hatch and when he saw the aircraft nearing the ground, he jumped and walked away unharmed. Franz died in 2014 at the age of 77 of cardiac arrest. The Mercury Seven were the original 7 astronauts chosen by NASA for their missions in late 1950s, making them the first few astronauts in history. Glenn was also the first American to orbit the Earth and the 5th astronaut to go into space. He is also a World War II veteran and now at age 93, he is also a US Senator. But his mark on history was made as part of the Mercury Seven and he is the only one out of the seven to have survived till now.

There was a time when German U-Boats wreaked havoc on the Allies. They said their ships were far superior and Hardegen was the captain of U-123, one of the most successful destroyers and killers of Allied vessels. When German U-Boats ruled the seas, they called it the ‘Happy Time’. Soon it turned to the ‘Sour Pickle Time’. Allies had better technology towards the last 2 years of WW-II and they effectively wiped out countless U-Boats. Hardegen not only survived that, but also the war. He is still in good health at 102 years of age.

7. Johnny Thomas Moore- The last witness of the first ever flight

Johnny Moore  had nothing to do with the conception of the plane. But when the Wright brothers came to Kitty Hawk and flew their aircraft for the first time. Moore was walking along a beach. Intrigued by what was happening, he decided to stick around and at 16 years of age he became one of the first few people to see an airplane fly. Years later, he assisted historians to mark the exact spot where the flight had taken place. He committed suicide when he was 66. Misch was recruited when he was only 20 years old and at the start of World War II, he became one of Hitler’s personal bodyguards. Nearing his downfall, Hitler then set up camp in Berlin at his last headquarter which came to be called the ‘Fuhrerbunker’. Misch was one of those who discovered Hitler and his wife, Eva after they killed themselves. He fled only at the very end, when the soviets got there. He was captured and tortured for around 9 years. He returned to Berlin where he visited the ruined bunker from time to time to tell people he had lived there. Rochus died at the age of 96 in 2013.

Sizov himself was the avionics engineer & said that the flight had no issues before take off. And then a grave tragedy occurred as the flight crashed near Minsk, killing the entire team. There were 44 fatalities out of 45. He is part of a very small list of people who have survived airplane tragedies. Kaighn, along with a few friends, came up with the idea of basketball. They initially used a football. The game then had 9 players in each team and he was part of the first 18. Later, he proposed the change to 5 on 5. He remained the last surviving member of the original team till he died in 1962 at the age of 93. Wolff was a federal agent and part of the eleven members of a crime prohibiting team. Wolff was a fearless agent and he became a pain in the butt of Al Capone. He was later also a persecutor of those possessing illegal alcohol. But he is most remembered as the last remaining member of the 11 federal agents known as ‘The Untouchables’. 12. Eliza Moore- Possibly the longest living African American slave in the US

Though this fact is disputed, what’s certain is that if she wasn’t the last she was definitely up there with the top few. Eliza was born into slavery in 1843 in Montgomery County, Alabama. Her husband was a slave too. But Elisa died a free woman at the age of 105 in 1948. Arguably the most beautiful women of their era, the Ziegfeld girls were said to be astounding performers. They were glamorous and glorious. Doris had been featured in many magazines & books as the last member of the troop. She died in May 2010, at the age of 106. Even though Mikhail was from Ukraine, he fought for Russia and was part of the indestructible Imperial Russian Army during the 1st World War. Until his death, he remained the last surviving member of that troop. He returned to Ukraine after the October revolution and died at the age of 111 years in 2008. 15. Francisco Varallo- The last surviving player from the first ever FIFA World Cup

The Hollywood 10 was a list of screenwriters, directors and producers who were blacklisted by the Congress after refusing to answer HUAC questions about their alleged involvement with the Communist Party. Ring Larder Jr was also a multiple Academy Award Winner. The Hollywood 10 were tried and most of them went to prison for up to a year. Lardner, who died in 2000 at the age of 85, was the last member to have survived. With him, ended a dark chapter of Hollywood. In 1941, as Jews in Romania were being persecuted, David’s father made him exit the country by booking passage on an old boat called the Struma. With almost 800 passengers and crew, the Struma was extremely over crowded and barely made it to the port of Istanbul. Turkey did not allow the passengers to come ashore and the ship just sat there. The passengers had hardly any room to move and were starving. In February 1942, Turkey forced the boat back into the Black Sea and within an hour a Soviet submarine torpedoed & sank the Struma a single mile off the coast. Out of 781 Jewish passengers, David was the sole survivor. He died on 1st May, 2014 at the age of 91.

18. Aristodemus Of Sparta- Last survivor of the Spartans who fought at the Battle of Thermopylae

Out of the infamous 300, 298 Spartans died fighting the Persians. Aristodemus and Eurytus were excused from fighting due to suffering eye infections. According to legend, Eurytus ran back to the battlefield when he got wind of his fellow men being butchered, but Aristodemus stayed behind. His punishment for his shameful cowardly act was staying alive so he could live with the shame. 19. Rebecca Tickaneesky Neugin- Last survivor of the Trail of Tears

The Trail of Tears was a long series of forced relocations of Native American nations in the US after the Indian Removal Act of 1980. Around 17,000 people were relocated and many died due to diseases and starvation. Neugin was only 4 during the whole process. When she died at the age of 98 in 1932, she was the last survivor of the horror of the Trail of Tears. In 1924, Mae went to work at the Waterbury Clock Company, Vermont, where radium watches were assembled. Women there were trained to paint the watches with radium. And to get a fine point on their brushes, they would frequently moisten the tip with their mouth. Some women would secretly steal paint and paint their nails. Mae ,however, quit her job and it was revealed that the radium, as claimed, was not safe for consumption. Many of her co-workers developed deadly diseases caused by radium like “radium jaw,”. Mae died at the age of 107, making her the longest surviving Radium Girl. She was thankful she quit.