Shocking footage has emerged of a man being pushed onto the tracks at a busy train station after a dispute over a cigarette.

CCTV footage captured the victim, known only as 54-year-old Gary, speaking to a man donning a grey hooded jumper when an argument sparked at Flinders Street Railway Station in Melbourne.

Moments later, a young woman can be seen riding her scooter towards the pair as she raises her right hand near Gary’s face as he quickly steps back.

The incident was triggered after Gary allegedly labelled the man a ‘dole bludger’ when he asked for a cigarette, Seven News reports.

Scroll down for video 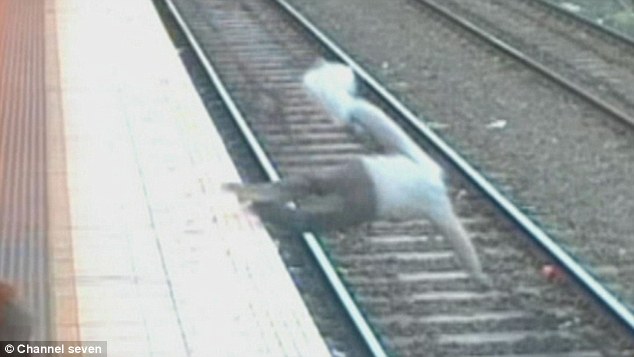 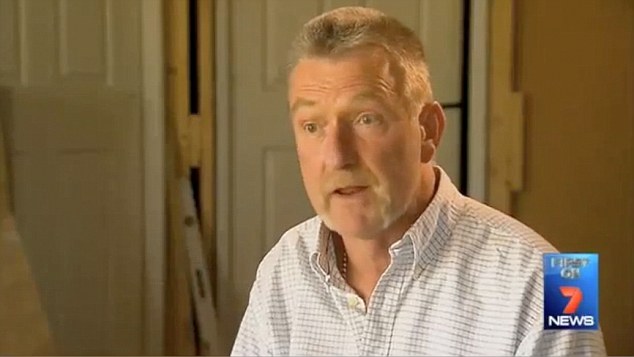 Refusing to hand the cigarette over, a third person, wearing a white jacket and baseball cap, strolls over just seconds before Gary is shoved off the platform – plunging head first onto the tracks.

‘I assumed that I was airborne from the time he pushed me. He did shove me really hard and I just thought I cleared straight over the tracks,’ Gary told Seven News.

The victim, who was unexpectedly knocked out, struggled to pick himself back up as he lied across the tracks during peak hour one afternoon.

‘It haunts me thinking that if a train had of been coming, I probably wouldn’t be here now.’ 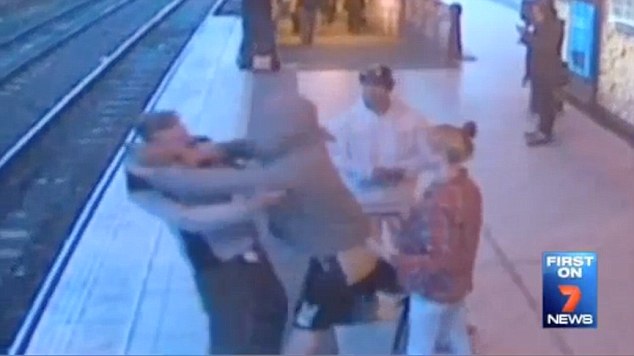 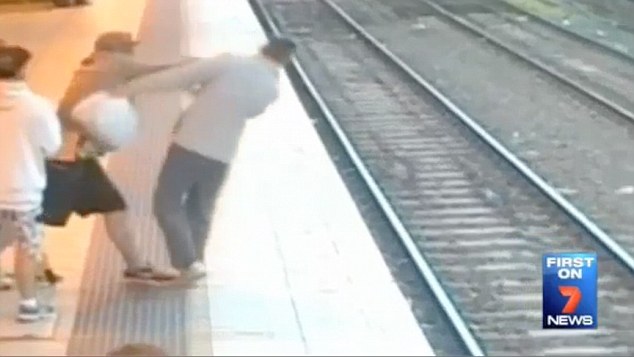 Refusing to hand the cigarette over, Gary is then pushed onto the track after labeling the man a ‘dole bludger’ 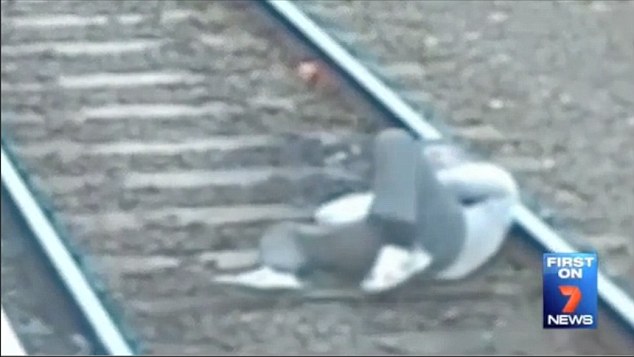 The victim, who was unexpectedly knocked out, struggled to pick himself back up as he lied across the tracks

But in a heartwarming move, several quick-thinking commuters leapt onto the tracks to Gary’s aid as they carried him back to safety before the next train was due to arrive a short time later.

‘I saw about four or five people down there on the tracks – helping me up – they came to my rescue, they were great,’ Gary said as he praised the heroic commuters who saved him.

He sustained serious injuries, including a dislocated shoulder, cuts to his face and bruising from the incident. 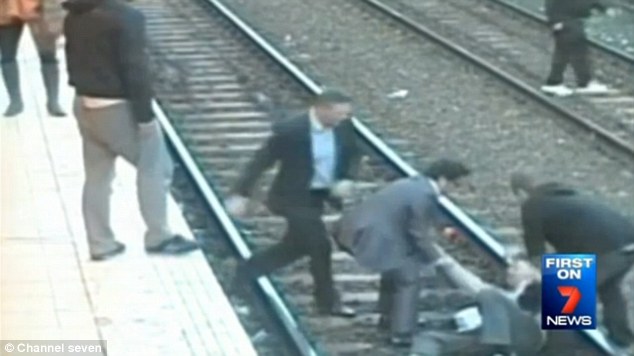 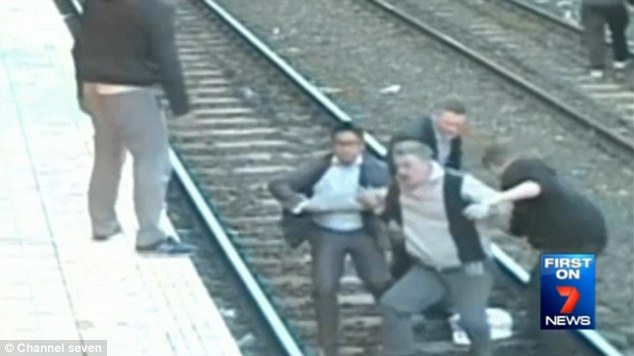 The offender, Adam Winsall, 25, has been charged with reckless conduct endangering serious injury after he appeared in court.

Winsall alleged he was acting in self-defence but the magistrate dismissed his claims, adding that Gary was lucky to escape from being hit by a train.

The case will return to court in July.