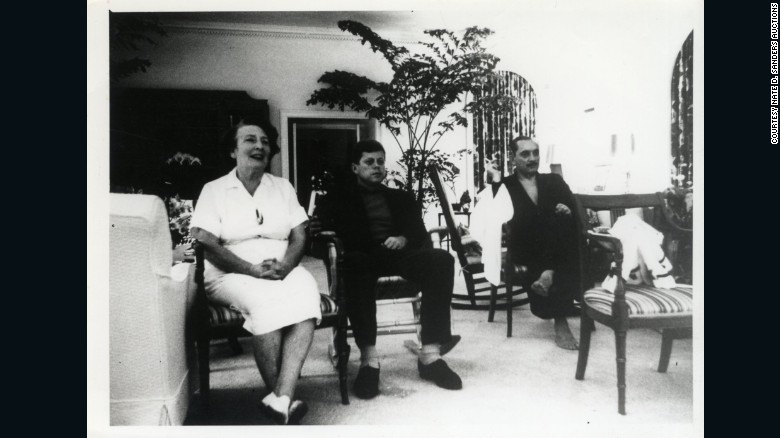 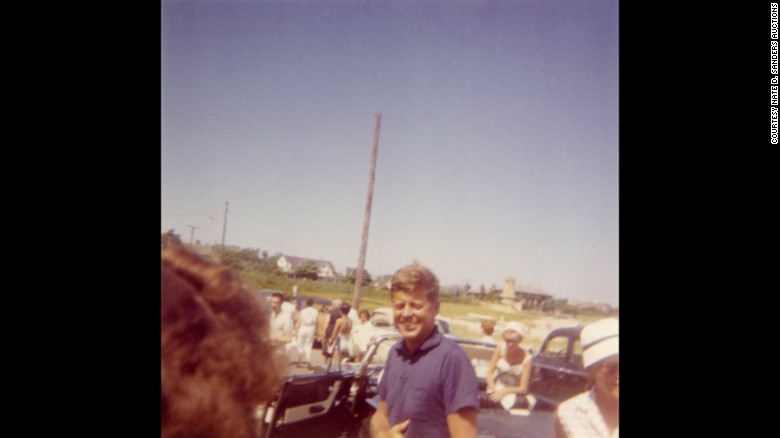 A maternity dress worn by former first lady Jacqueline Kennedy will be auctioned off this week, along with Kennedy family photos that have never been made public, according to the auctioneers.

The dress and 79 photos were owned by the children’s nanny Maud Shaw, according to Nate D. Sanders Auctions.

Shaw watched over Caroline and John Kennedy Jr. for seven years and during the JFK presidency, the auctioneers said.

The photos are part of Shaw’s personal collection of Kennedy keepsakes.

Jacqueline Kennedy gave the dress to Shaw shortly after Shaw’s retirement in 1965.

The auction house says the candid photos for sale feature the Kennedys and their two children.

Caroline poses in the front yard with her Easter basket in in one picture, and in front of the decorated Christmas tree in another.

She rides a pony in a black-and-white action shot, and John Jr. poses in front of the clear blue ocean in another.

The maternity dress is sleeveless and white, with a zipper in the back, and Jacqueline wore it during the pregnancy with her son in 1960, according to the auction house.

Shaw mentions the dress in her memoir, “White House Nannie.” A signed copy of the book will be included with the dress.

The auction will take place online through Nate D. Sanders Auctions in Los Angeles, and it ends on June 25.

The bidding is set to begin at $10,000, but the items are expected to sell for much more.

When photos of the Kennedy wedding were auctioned off in October 2014, they sold for $34,000, according to Bobby Livingston, executive vice president at RR Auction, which handled that auction.

Communications director Samuel Heller tells CNN these mementos are expected to sell for $25,000 to $50,000.

Jacqueline Kennedy died in 1994, more than 30 years after the assassination of her first husband, President John F. Kennedy. John Jr. died in a plane crash in 1999. The only surviving member of the immediate family,Caroline Kennedy Schlossberg, now 57, is U.S. ambassador to Japan. 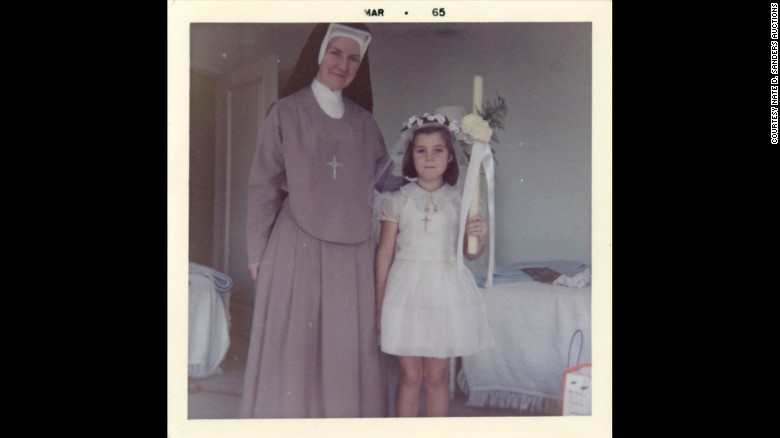 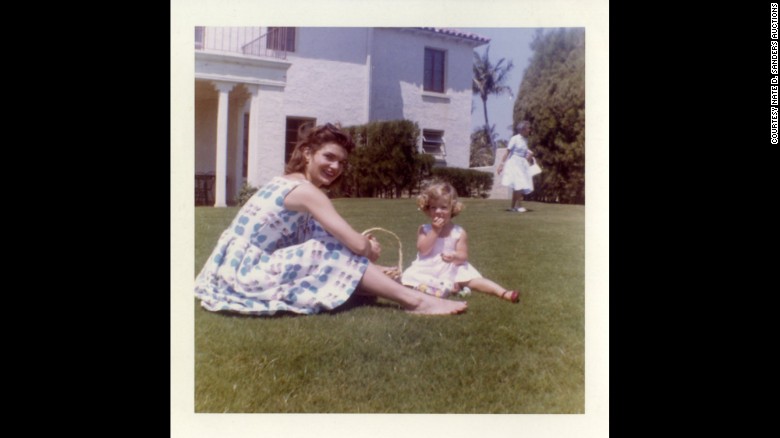