A Baltimore mother hailed as ‘Mom of the year’ for clobbering her teenage son and dragging him home from the riots admitted sheepishly on Wednesday: ‘My pastor is going to kill me.’

Toya Graham, a single mother-of-six, was caught on camera whacking her 16-year-old son Michael, pulling off his ski mask and chasing him down the street as rioters clashed with police, looted stores and burned down buildings and cars.

The riots broke out following the death of 25-year-old Freddie Gray earlier this month who died of a spinal cord injury after being taken into custody by Baltimore police.

Her actions have drawn praise from moms across the country along with the Baltimore police chief who said: ‘I wish there were more parents out there who took charge of their kids tonight.’ 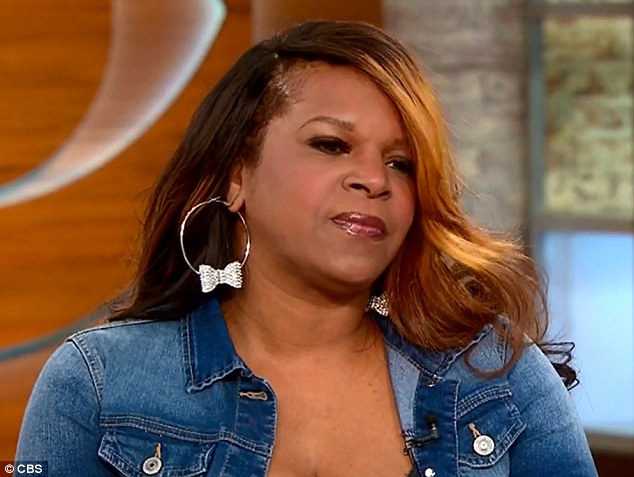 Single mother-of-six Toya Graham spoke on Wednesday about dragging her teenage son home from the Baltimore riots, adding that when she saw the video clip, she thought: ‘My pastor is going to kill me’ 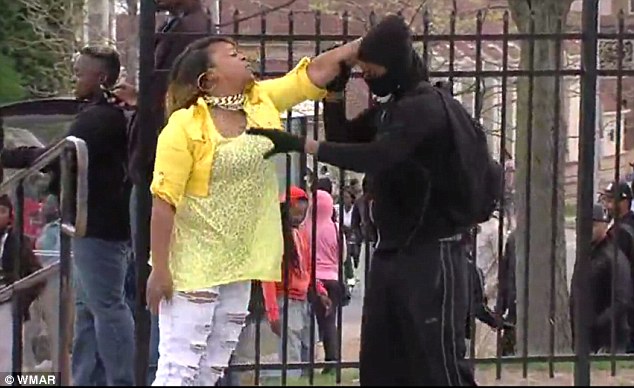 dad punches his toddler in the face so hard he falls to the ground in a California supermarket
Driver Speeds Passed School Bus. Almost Hits Three Kids