Researchers claims to have figured out the most dangerous way you can have sex. Is it missionary? Spoiler: it’s not missionary

We’ve all been there: you’re in the middle of it and then something terrible happens, like… you fall off the wardrobe and have to be rushed to A&E in your Batman costume. Or maybe someone somehow fractures a penis.

Scientists in Brazil were so fascinated by this that they decided to look into dangerous sex. Nice work if you can get it. Their study was published last year.

What’s THE most penis-endangering position? 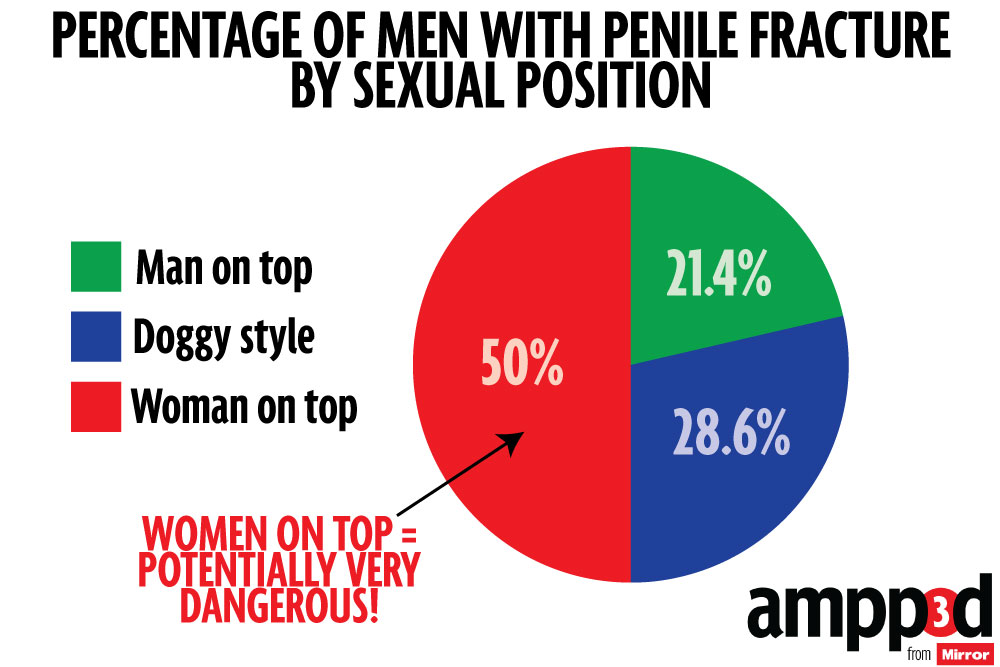 According to the study, woman on top is the most dangerous kind of sexual position – and carries the most risk of penile fracture.

The Brazilian experts say: “When woman is on top she usually controls the movement with her entire body weight landing on the erect penis, not being able to interrupt it when the penis suffers a wrong way penetration, because the harm is usually minor in woman with no pain but major in the penis.

“…When the man is controlling the movement, he has better chances of stopping the penetration energy in response to the pain related to the penis harm, minimizing it.”

Is a penile fracture all that bad though?

Well, for one thing, there’s the pain. LOTS OF PAIN. But also some other alarming symptoms.

In 50% of cases, a cracking sound was heard. Yep, the horrifying sound of a penis cracking due to too much enthusiasm.

Also, in 80% of cases, the men lost their erection. WAIT. What about the other 20%? “Oh that cracking sound? It was nothing, probably just the wind.” That is hardcore.

Unfortunately, two men in the study suffered long-term damage in the form of erectile dysfunction. 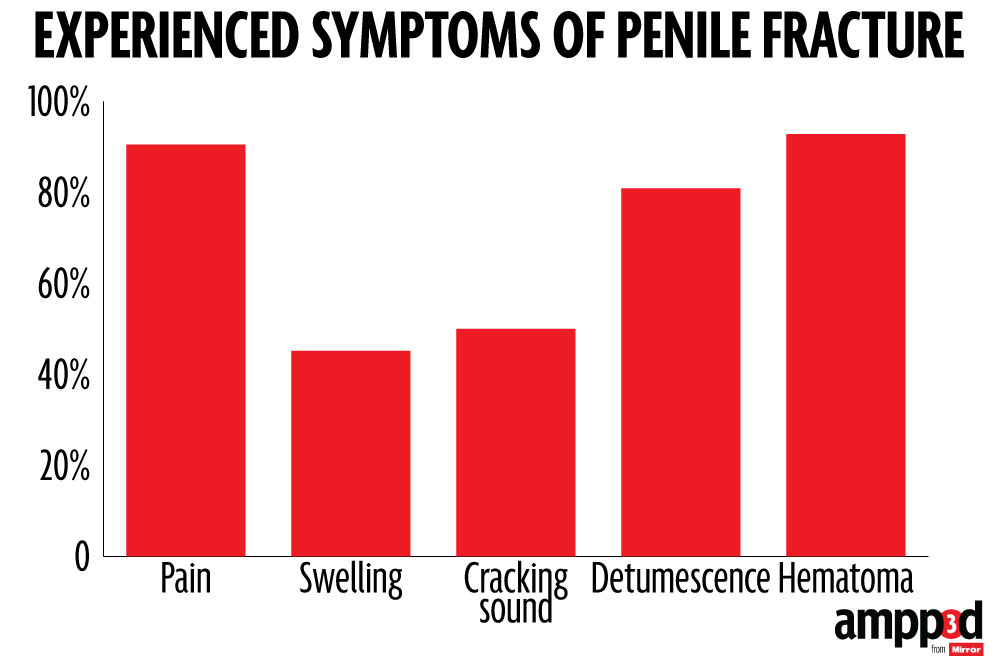 So should I just revert back to missionary?

Certainly not! While the results are compelling, one minor problem with this study is sample size.

The hospital was only able to find 44 patients with a penile fracture who were able to be used in the study.

Of these men, 28 were injured by having heterosexual sex, and four during homosexual intercourse. In case you’re wondering, that’s not wildly out of line with the proportion of men who identify as having had homosexual experiences.

Six men somehow managed to fracture their penis through “penis manipulation” (and we can only hazard a guess at what that involved) – and four injured their penis in a way which was “unclear”. SURE. YOU JUST WOKE UP LIKE THAT.

The moral of this story? Be careful out there, and in the bedroom too.