20 Famous People Who Faced Rejection Before They Made It Big

Far too often, many of us tend to take rejection as a stop sign, rather than as a step toward success.  Yes, rejection is harsh and sometimes it truly is crushing. But it’s like Bruce Wayne’s father says. “Why do we fall? So we can learn to pick ourselves up.” Even the best of us have had our dreams crushed. Here are a few who came through it all to become some of the most iconic people in the world.

1. U2 were rejected by London-based record label RSO Records.

And one year later, U2 released their first international single, “11 O’Clock Tick Tock.” 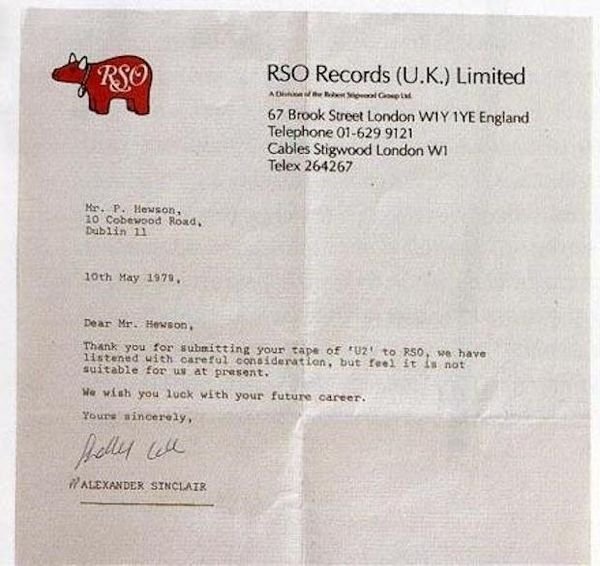 While the date isn’t mentioned, this letter was definitely sent before 1982, when she released her first, self-titled album, which has sold more than 10 million copies worldwide. Don’t cry for me, Jimmy. 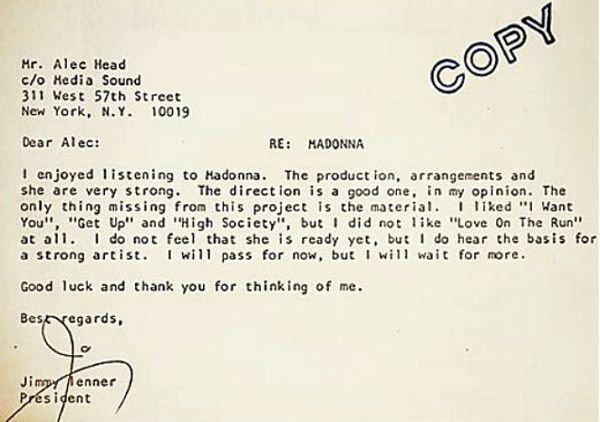 3. J.K. Rowling was rejected by about 12 different publishers.

One of them even advised her to “not quit her day job.” 4. After just one performance, Elvis Presley was fired by Jimmy Denny, the manager at the Grand Ole Opry.

He reportedly told him, “You ain’t going nowhere, son. You ought to go back to driving a truck.” 5. Steve Jobs was fired by the company he created.

Talk about a bad apple. But as we all know, he was eventually taken back and pushed Apple to the enviable position it holds today. 6. Amitabh Bachchan was rejected by  All India Radio.

The then radio announcer, Ameen Sayani, couldn’t interview Amitabh Bachchan, mainly due to a lack of time. The ‘Big B’ finally gave up and made his way to Bollywood and the rest, as they all say, is history. 7. The Beatles were turned down by Decca Records executive, Dick Rowe.

He believed that “guitar groups were on the way out” and that “they had no future in show business.” I wonder how he feels now. 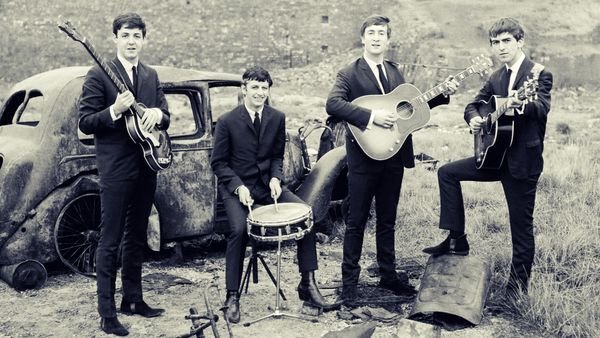 8. Stephen King’s first novel, Carrie, was rejected 30 times before it was published.

Carrie, as you may recall, went on to become a readers’ favourite and spawned four movies, including a remake, and a Broadway musical. 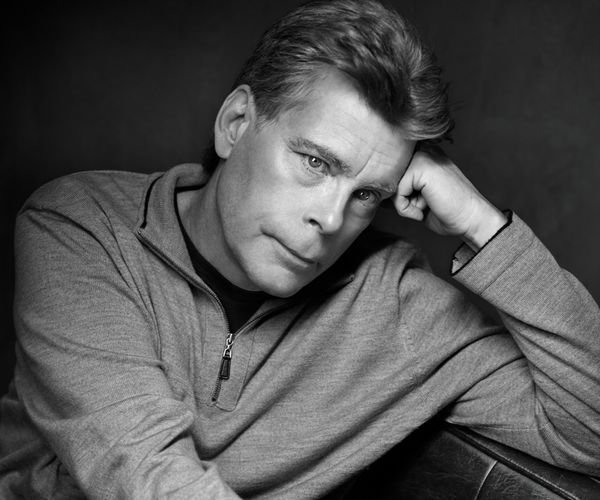 9. Marilyn Monroe was told she should become a secretary instead of a model.

And if she listened to the naysayers, she wouldn’t have become America’s original sweetheart. 10. Steven Spielberg was rejected by the University of Southern California School of Theater, Film and Television. Thrice.

Of course when you look at his filmography, you know who lost out. 11. Thomas Edison was fired by Western Union after he spilled Sulfuric acid on the floor.

I guess leaving a hole on the floor of your office is grounds enough to be fired. But then again, that gave him enough time to pursue his real passion: invention. 12. In 2006, all that hard work paid off when Lady Gaga was finally signed by a record label. Only to be dropped after just 3 months.

Currently, Lady Gaga is one of the best-selling musicians of all time. It would’ve been her first movie, but she eventually went on to finally make her breakthrough, acting in a number of classics including the ever favourite, Sholay. 14. Walt Disney was fired from a local newspaper, the Kansas City Star.

Apparently he “lacked imagination and had no good ideas.” I think multiple generations of children will have something to say about that. Considering that this is the guy who went on to direct two Batman movies as well as partnering with Johnnie Depp in seven productions, maybe Disney missed a trick here. 17. Sachin Tendulkar was rejected by Dennis Lillee when he wanted to become a fast bowler.

Not a bowler? That’s all right. I’ll just become the greatest batsman the sport has ever seen. 18. Vincent Van Gogh’s paintings were rejected throughout his lifetime, with only one sold.

But today, he’s widely regarded as one of the greatest artists of all time. 19. Oprah Winfrey was fired from her job as a television reporter because she was “unfit for TV.”

Which just goes to show, what does anyone really know, eh? 20. Pop Art pioneer Andy Warhol was once rejected by The Museum of Modern Art.

Just to be clear, he wasn’t selling it to them. He was giving it away. And they still rejected it. Cat goes for unexpected plane ride
Tell The Person You’re In Love With About Your Feelings. It’s The Best Thing You Can Do Today