PHILADELPHIA — A New York City-bound Amtrak train derailed in Philadelphia on Tuesday, overturning and mangling the cars and flinging passengers and luggage around inside. At least six people were killed and at least 140 injured.

The victims included at least eight who were critically hurt in the accident, which closed the nation’s busiest rail corridor.

The death toll climbed on Wednesday morning when Temple University Hospital confirmed a sixth fatality. A rescue worker at the scene had told NBC News that authorities feared the death toll could rise as they had been unable to get underneath the toppled cars.

The Amtrak Regional 188 was traveling to New York from Washington, D.C., and carrying 238 passengers and five crew members when the train derailed about 9:30 p.m. ET.

“It is an absolute disastrous mess,” Philadelphia Mayor Michael Nutter told reporters after visiting the scene of the crash. “Never seen anything like this in my life.” He said there were cars “completely overturned, on their side, ripped apart.” 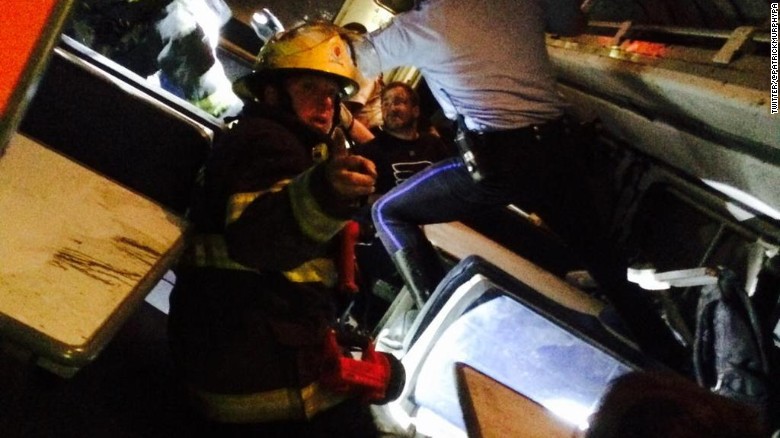 Former U.S. Rep. Patrick Murphy tweeted he was aboard the train when it crashed. “Helping others,” he said. “Pray for those injured.” Later he shared this photo that showed a firefighter inside the train.