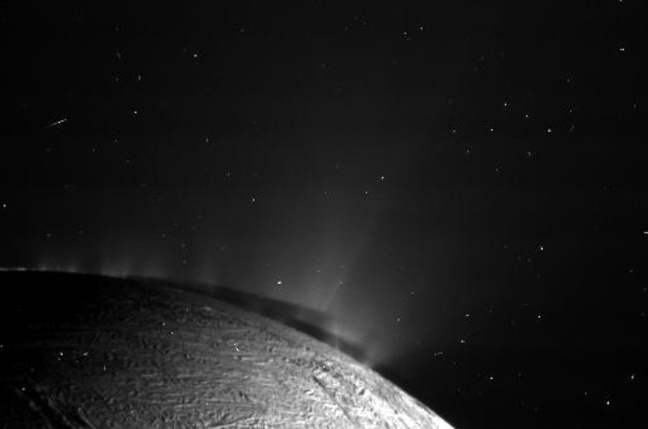 Astroboffins reckon they have discovered the pH value – the acidity or alkalinity – of water plumes spurting forth from Saturn’s moon Enceladus. The findings are considered another step forward in the hunt for alien life, as the possible warm sub-icecap oceans of Enceladus are thought to be one of the most promising habitats off Earth in our solar system.

It is the pH of such an ocean which researchers believe they have discovered, following the analysis of the plumes of water which the Cassini spacecraft has observed venting from the moon’s south polar region.

The astroboffin dreamteam have developed a new chemical model based on mass spectrometry data of ice grains and gases in Enceladus’ plume gathered by Cassini.

The pH, which is a fundamental parameter to understanding geochemical processes occurring inside the moon, will allow scientists to determine Enceladus’ potential for acquiring and hosting life. Their work was published in the journal Geochimica et Cosmochimica Acta. 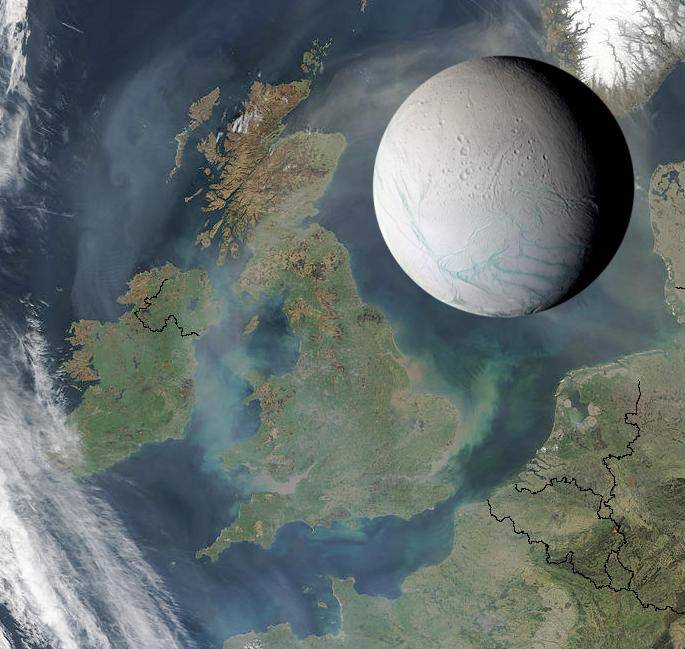 The ocean of Enceladus, which is comparable in size to the UK, is now considered to be salty with an alkaline pH of about 11 or 12. It contains the same sodium chloride (NaCl) salt as our oceans here on Earth do, but additional sodium carbonate (Na2CO3) makes the ocean more similar to our planet’s soda lakes such as Mono Lake in California or Lake Magadi in Kenya. While no fish survive in those lakes, other forms of life abound and have established unique ecological systems, and the pH of the Enceladus waters is within the considered limit for what is acceptable to life.

The model advanced by the boffins suggests that the ocean’s high pH is caused by a “metamorphic, underwater geochemical process called serpentinization.”

On Earth, serpentinization occurs when certain kinds of so-called “ultrabasic” or “ultramafic” rocks (low in silica and high in magnesium and iron) are brought up to the ocean floor from the upper mantle and chemically interact with the surrounding water molecules. Through this process, the ultrabasic rocks are converted into new minerals, including the mineral serpentine, after which the process is named, and the fluid becomes alkaline. On Enceladus, serpentinization would occur when ocean water circulates through a rocky core at the bottom of its ocean.

“Why is serpentinization of such great interest? Because the reaction between the metallic rocks and the ocean water also produces molecular hydrogen (H2), which provides a source of chemical energy that is essential for supporting a deep biosphere in the absence of sunlight inside moons and planets,” top boffin Christopher Glein said. “This process is central to the emerging science of astrobiology, because molecular hydrogen can both drive the formation of organic compounds like amino acids that may lead to the origin of life, and serve as food for microbial life such as methane-producing organisms. As such, serpentinization provides a link between geological processes and biological processes. The discovery of serpentinization makes Enceladus an even more promising candidate for a separate genesis of life.”

Outside of the direct search for alien life, and even the search for life-hosting conditions on other planetary bodies, the team’s work demonstrates that it is possible to determine the pH of an extraterrestrial ocean based on chemical data from a spacecraft flying through a plume. This may be a useful approach to searching for habitable conditions in other icy worlds, such as Jupiter’s moon Europa.

“Our results show that this kind of synergy between observations and modeling can tell us a great deal about the geochemical processes occurring on a faraway celestial object, thus opening the door to an exciting new era of chemical oceanography in the solar system and beyond.” Glein added.