Chicken nuggets. What can we say about them? They’re so simple, so ubiquitous, such a steady component in the diet of American kids. And okay—American kids’ parents. And the choices—they’re abundant! From fast food restaurants to big bulk bags in the freezer section of the grocery store, there are countless chicken nuggets to choose from in this great land of ours. But I’ll let you in on a little secret: The best chicken nuggets are ones you make yourself.

For one thing, you can see exactly what’s goin’ in ‘em.

For another thing, you can make as many as you want. No deciding whether you want the 4, 6, or 10 pack!

For another, they’re completely fresh and delicious.

Let’s make these chicken nuggets, baby! They are seriously the best in the west. 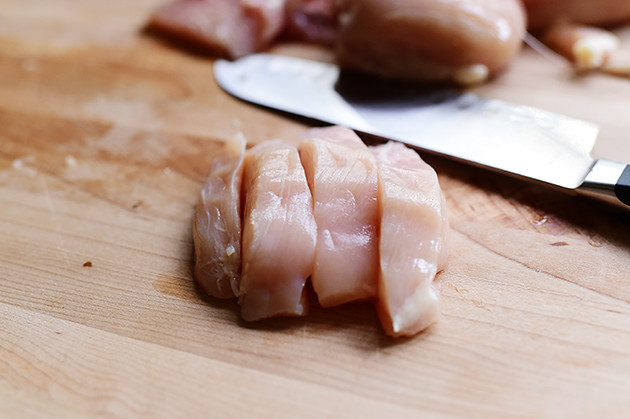 One secret to these chicken nuggets is the size of the chicken pieces: You want them to be small enough to allow the chicken to cook through before the breading gets too dark. So cut the chicken breasts into 1/2 inch strips… 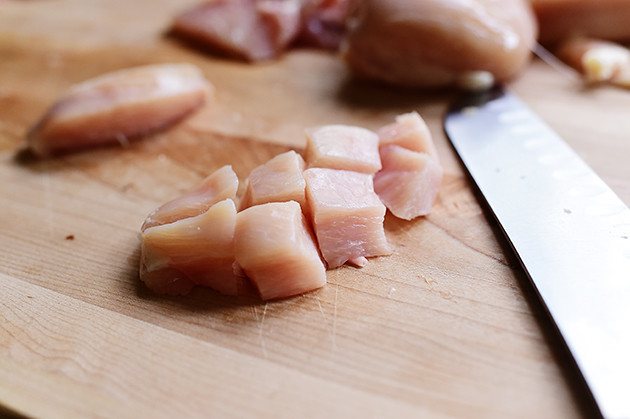 Then cut them into bite-sized pieces. 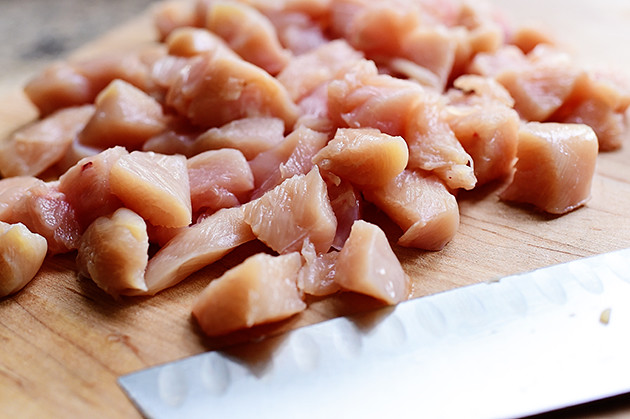 Keep going until you have a pile! Two big chicken breasts will go a long way. 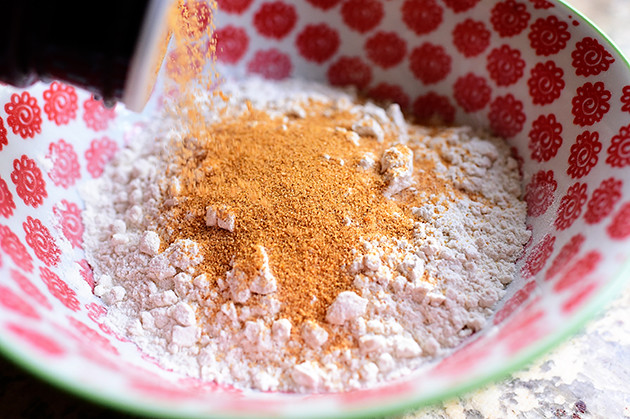 Once you’ve got the chicken all cut up, make the assembly line for the breading: In one bowl, add some flour and seasoned salt… 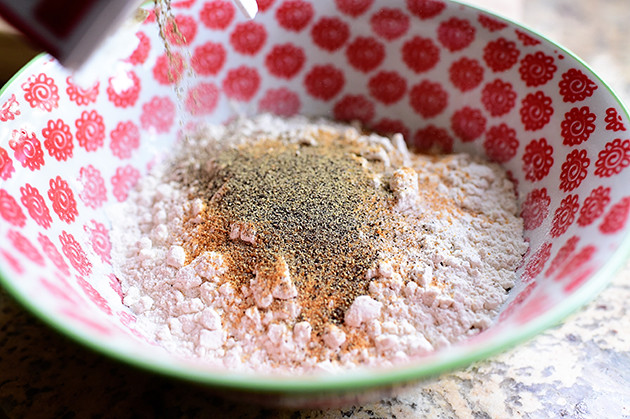 Along with some salt and pepper. 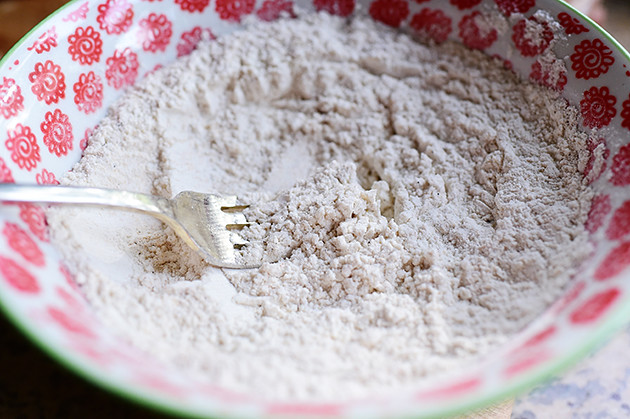 Stir it together with a fork and set it aside. 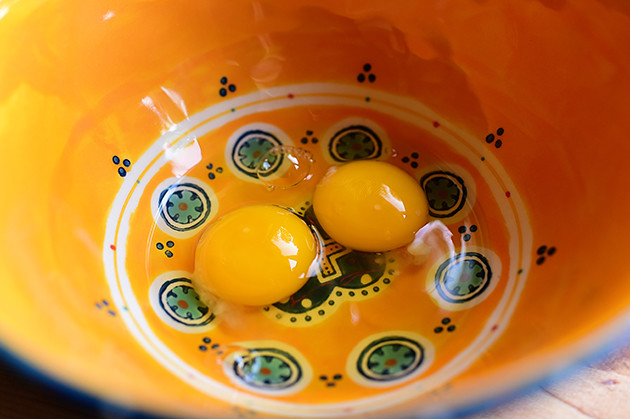 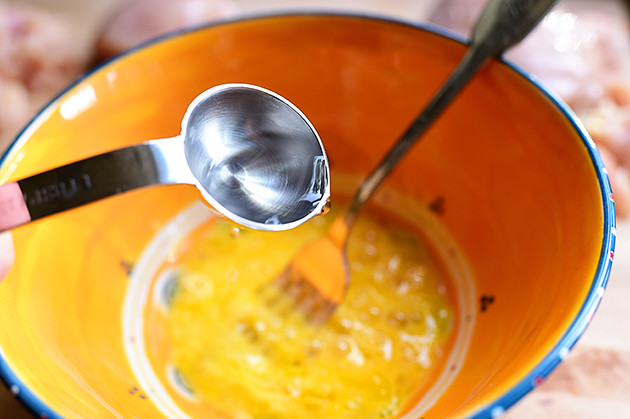 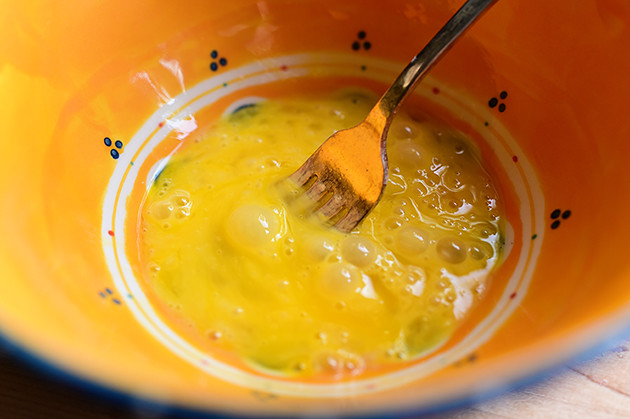 And whisk them together. Set these aside, too. 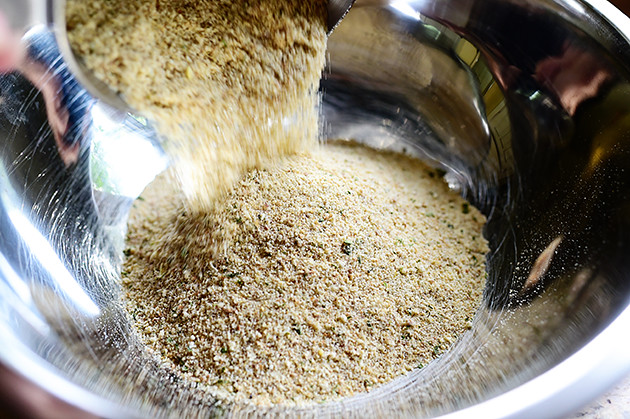 In a third bowl, pour a couple cups of seasoned breadcrumbs. You can use plain ones, too, but I love the seasoned ones because they’re so…well…seasoned!

A note: While I love panko breadcrumbs, they tend to burn before the chicken has a chance to cook. Regular breadcrumbs are definitely the way to go! 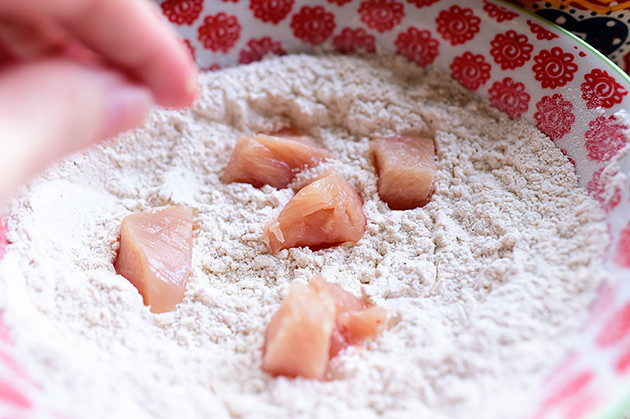 To bread the chicken, grab a few pieces at a time and throw them into the flour. 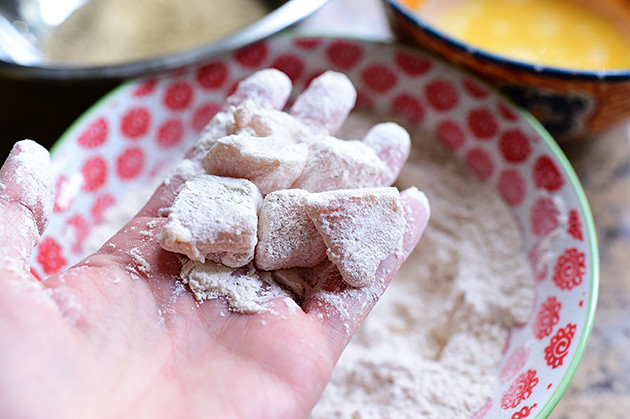 Roll them around to dredge them, then shake off the excess. 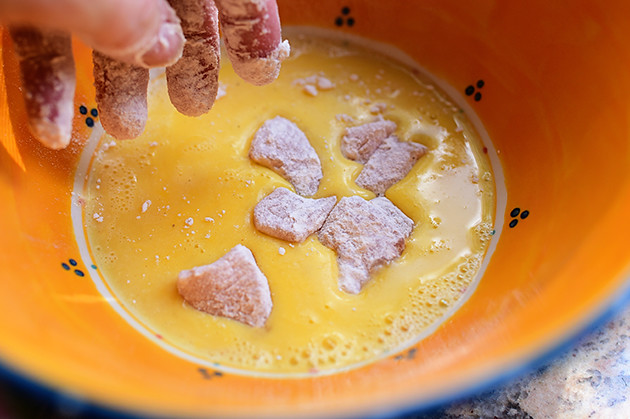 Drop them into the egg wash… 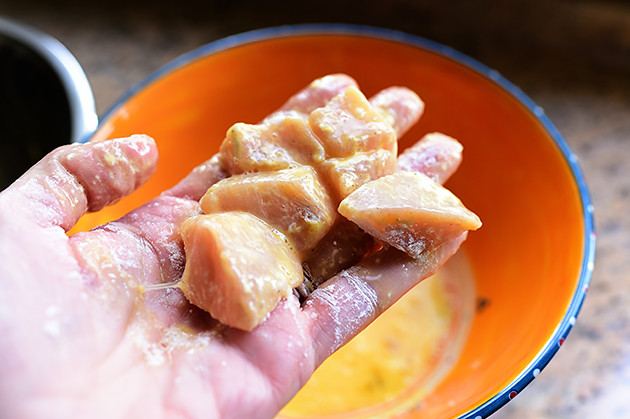 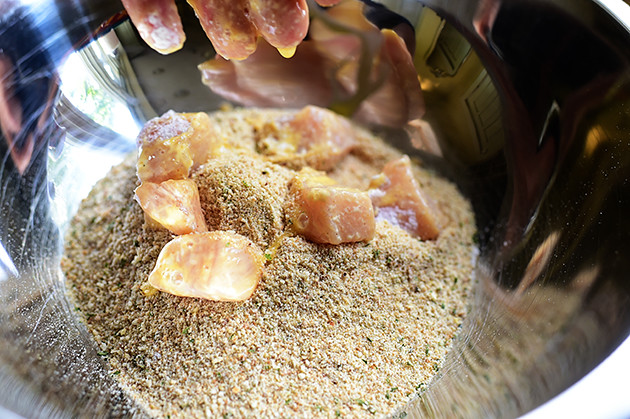 Then drop them into the breadcrumbs… 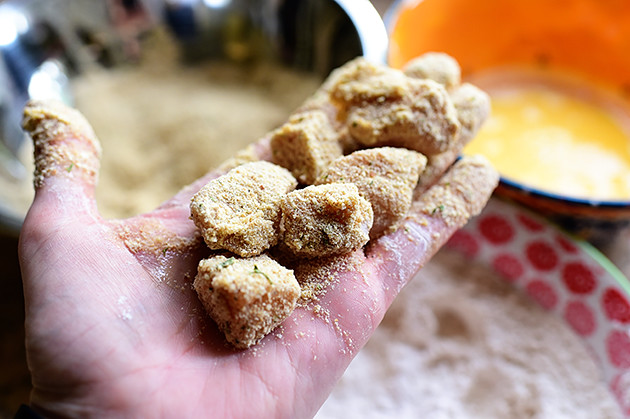 And toss them to coat. 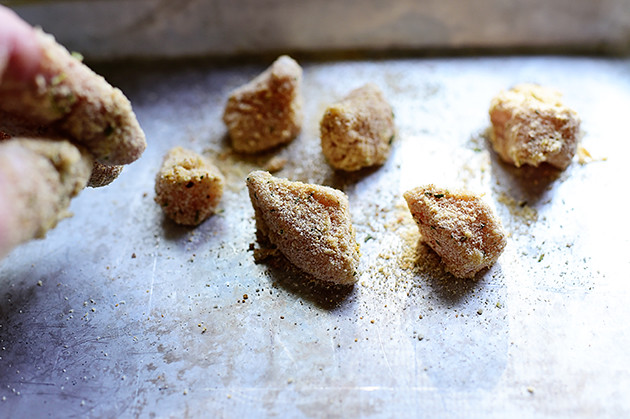 As you bread the chicken, set them on a plate or baking sheet… 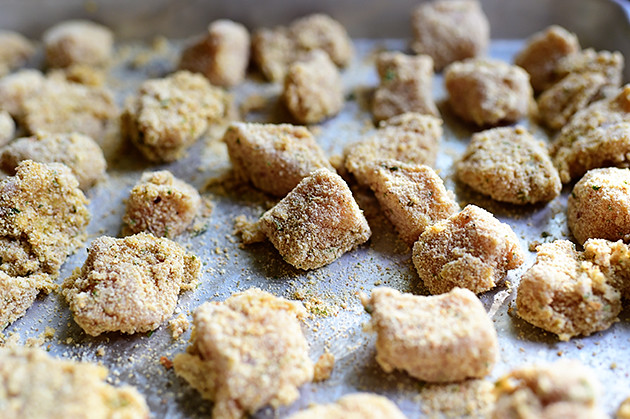 Then keep going until you’ve got all the chicken breaded.

And hey! Guess what? You can totally flash freeze the breaded chicken, then pop them into a large zipper bag and store them in the freezer for up to six months.

But I’m in the mood for chicken nuggets and I don’t want to wait that long. 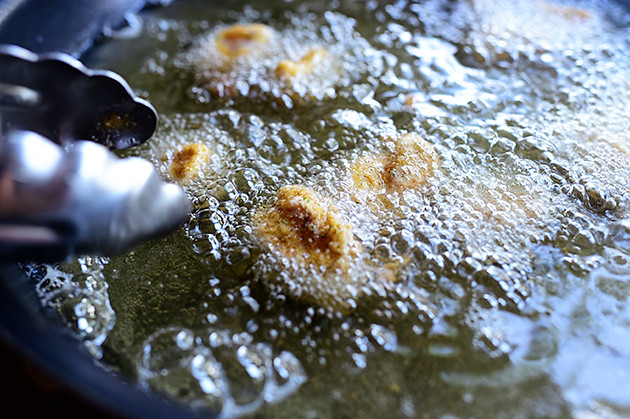 Heat some vegetable oil in a large skillet over medium-low to medium heat. To test the oil to see if it’s ready, drop in a few breadcrumbs. If they sizzle gently, the oil’s ready! (If they brown very quickly, the oil’s too hot.) When the oil is perfect, carefully drop in a few pieces at a time. 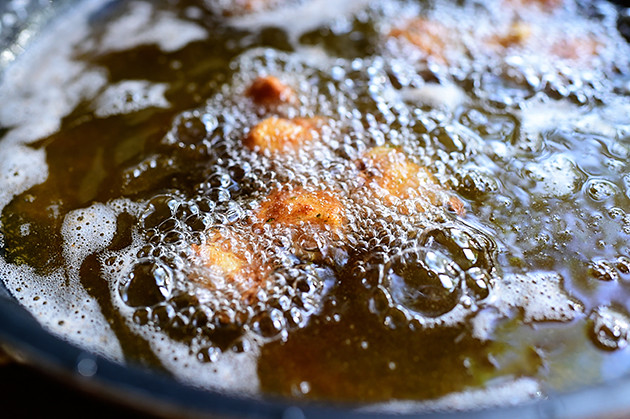 Then use metal tongs to turn them over and let them finish browning on the other.

You don’t want the nuggets to brown too quickly—the chicken needs a chance to cook through—so keep the oil at a nice, steady temp. 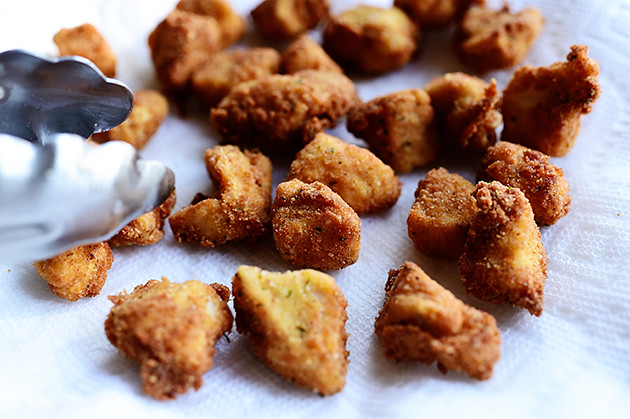 When the breading is nice and deep golden, remove the nuggets to a paper towel lined plate… 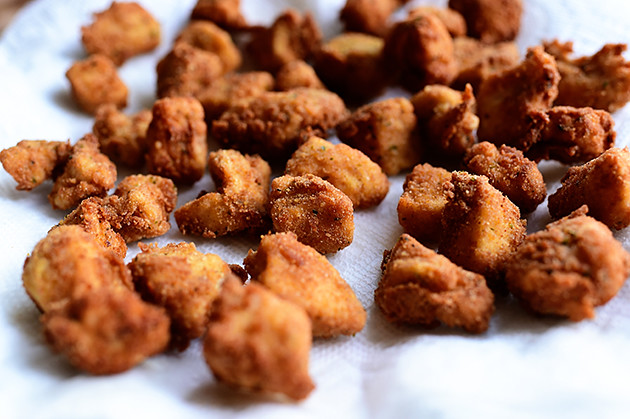 And keep going until all the nuggets are done. Yum! 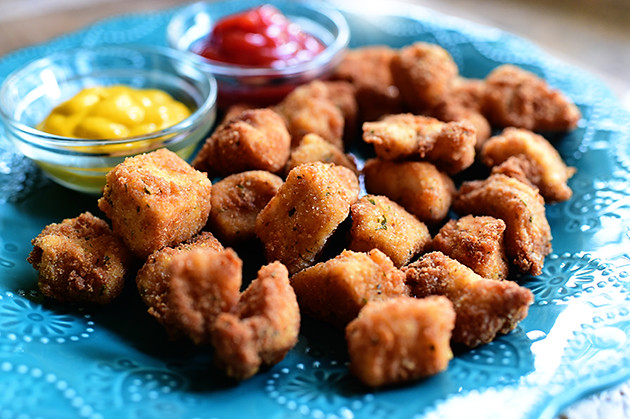 Serve them with little dishes of ketchup, mustard, honey mustard, barbecue sauce, or whatever makes your skirt fly up. You’ll love these! They’re delightful.

First, make the breading assembly line: In one bowl, stir together the flour, seasoned salt, salt and pepper. In a separate bowl, beat the eggs and water. In a third bowl, add the breadcrumbs. Bread a few pieces of chicken at a time by dredging them with flour, then quickly dunking them in the egg mixture, then rolling them in the breadcrumbs until they’re coated. Shake off the excess and place them on a plate or pan as you bread the rest.

In a large nonstick skillet over medium heat (place the skillet on the backburner!), heat 1 1/2 to 2 inches of vegetable oil over medium-low to medium heat. (You want it to be hot enough to sizzle gently when you add the chicken, but not so hot that it browns too quickly.)

Carefully drop in 8 to 10 pieces of chicken and use metal tongs to spread them out to give them room. Let them fry on the first side for a minute or so, then carefully turn them over to brown on the other side. The chicken should cook until the breadcrumbs are deep golden brown, about 2 to 3 minutes total; if the chicken pieces are small, this should be enough time for the chicken to cook through.

Remove the chicken to a paper towel lined plate and repeat with the rest of the chicken until it’s all fried. Serve warm with ketchup and/or mustard!