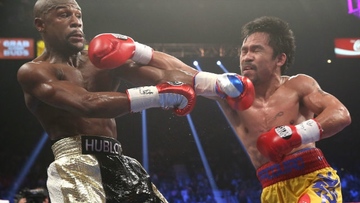 An error on the original scorecards caused an uproar on social media. Photo by Chris Farina – Top Rank

LAS VEGAS, USA – Images of the Floyd Mayweather vs Manny Pacquiao scorecards have gone viral after they erroneously showed the red corner – where Pacquiao was seated on Saturday night – winning the fight on all three scorecards. 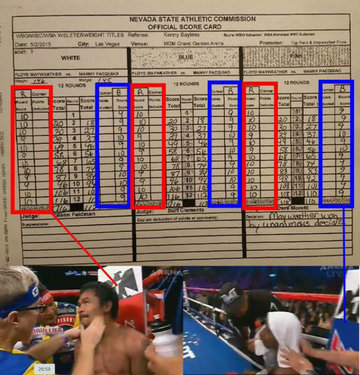 Viral graphic shows the fighters’ names in the wrong corners

The Nevada Athletic Commission sent a corrected version of the scorecards to Rappler on Monday afternoon, along with copies of the individual round scorecards. The small pieces of paper, which are collected after each round for an official to tally, explain why the same handwriting for each judge’s scorecard is the same. 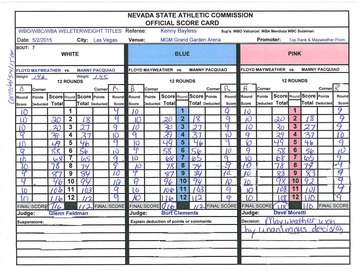 Corrected scorecard from Mayweather vs Pacquiao

The corrected cards show the original letters in the corner box whited out and the right letter placed in each. The weight class the two fought in – spelled “Weleterweight” instead of welterweight – remains uncorrected however. 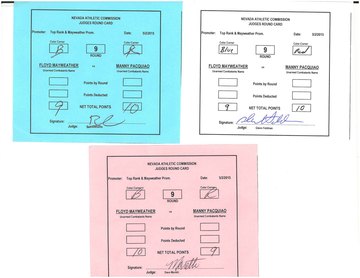 The cards of the three judges for round 9, showing two scoring it for Pacquiao and one for Mayweather

Mayweather was declared the winner by all three judges, with two cards having the Grand Rapids, Mich. native winning 116-112 and a third scoring the bout 118-110 in his favor.

Video of police beating exposes Israel’s rift with its Ethiopian Jews
‘Will You Marry My Dad?’: 5-Year-Old Wingman Helps Dad Propose To Girlfriend In The Cutest Way