Taylor Swift Donates $15,000 to Firefighter Who Saved Own Family

Taylor Swift Donates $15,000 to Firefighter Who Saved Own Family
DailyCrawler

A volunteer firefighter in Huntsville, Texas, responded to a 911 call on Saturday and, upon arriving at the scene of a car accident, found his wife and young son were among the victims.

“It’s my family. My wife was laying there on the ground,” Aaron Van Riper told Huntsville’s ABC 13 KTRK news station. “[By] the look of the car, I don’t know how either one of them lived. There was nothing left of that car.” 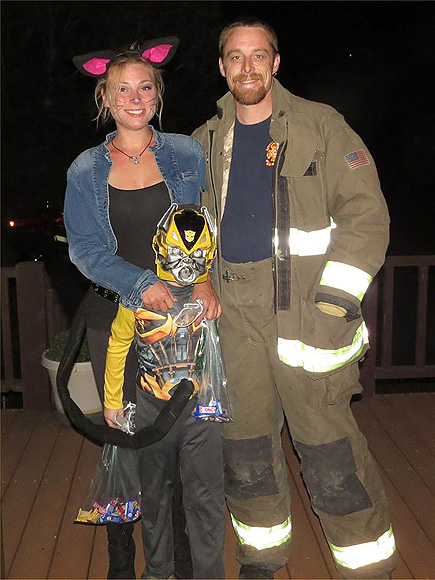 Amber Van Riper, 28, underwent nine hours of surgery on Sunday to repair her pelvis but remains hospitalized, and the couple’s son Jonathan, 7, received surgery for a broken arm and leg and has since been released from the hospital. The family doesn’t have health insurance, so a friend set up a GoFundMe page to help raise the money to pay their hospital bills.

Late Wednesday night, a $15,000 donation from Taylor Swift appeared on the crowdfunding page. A source confirmed to BuzzFeed News that the gift was indeed from the “Bad Blood” singer, and the superstar’s Twitter page shows that, earlier Wednesday evening, she favorited BuzzFeed News’ Tweet about the family’s tragedy.

Who Is Your Disney Evil Soulmate?
New ‘The Good Dinosaur’ voice cast announced